Facebook
Google
Book Now
Menu
A New Smile is a Call Away!
Our family at Crestwood Dental Group consists of the top dental industry experts in Kentucky. We proudly provide exceptional treatment with unparalleled patient care.
Book an Appointment
ABOUT OUR OFFICE

A New Smile is a Call Away!
Our family at Crestwood Dental Group consists of the top dental industry experts in Kentucky. We proudly provide exceptional treatment with unparalleled patient care.
ABOUT OUR OFFICE
Book an Appointment 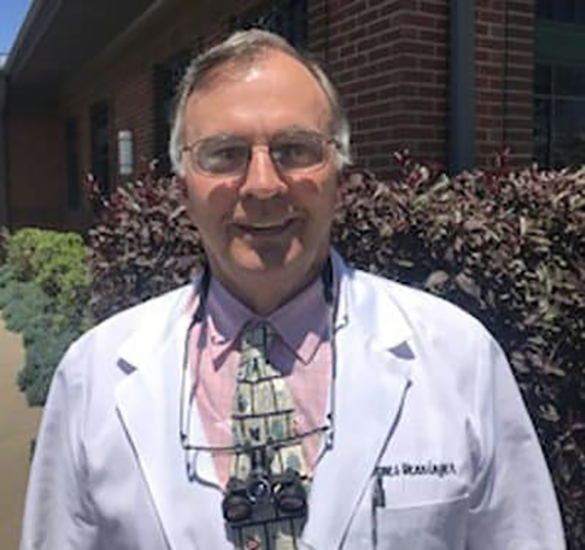 GET TO KNOW
Dr. James Wenninger
Dr. Wenninger has an extensive background in dentistry. Dr. Wenninger graduated from dental school in 1989 then he did a one year residency at u of l in the GPR program. Since graduating he has been an attending at U of L General Practice Residency (GPR). Also he is an alumni of LVI (las vegas institue). He specializes in general dentistry and implant dentistry with extreme pride. Each year he attends and completes numerous education programs to ensure he is up to date in all the latest technology and techniques. Dr. Wenninger enjoys woodworking and hunting and looks forward to serving you soon!

Dr. Thomas J. Clark was born in Louisville and raised in the Pewee Valley, Kentucky. He attended Kentucky Southern College for two years until it was acquired by the University of Louisville. Majoring in chemistry, with a minor in physics, he graduated, and began work toward a Masters degree. Dental School (University of Louisville School of Dentistry) was completed in 1976, and the following year a General Practice residency finished at the Veterans Administration Medical Center-Louisville. During the General Practice Residency, Dr. Clark was offered the opportunity to serve in the capacity of a Clinical Instructor in Oral Surgery at the UofL School of Dentistry which he readily accepted.

Entering private practice and continuing with the faculty at ULSD in the summer of 1977, Dr. Clark began what has been a long and rewarding career. During his tenure at the School of Dentistry, he has worn a number of “hats”, beginning as a clinical instructor in Oral and Maxillo-facial Surgery for the undergraduates, then establishing and serving as the first Director for the General Practice Residency Program. Dr. Clark assumed responsibility for the Pain Control Program and was the Director of that program until 2013. Currently holding the rank of Clinical Professor, Dr. Clark was instrumental in establishing the Pain Control and Anxiety Management Course for second year dental students, the Local Anesthesia and Nitrous Oxide course for Dental Hygienists. Beginning in 1978, he became a Dental Consultant to the Louisville Zoo, and has been instrumental in developing techniques for the treatment of various dental conditions in animals, and has been widely published and referenced in veterinary literature. With this background, in the late 1990’s Dr. Clark and colleagues launched the Exotic Animal Dentistry Senior Selective Course, which was unique in that it was the only course of its kind offered by a School of Dentistry, and has garnered acclaim both nationally and internationally for the University of Louisville. Dr. Clark is one of the founding faculty for the University’s International Service Learning Program, currently serving as Medical Director, and has assisted in developing and establishing clinical operations in several locations in Belize, CA., Cebu, Republic of the Philippines, and Botswana, Africa. This program has likewise drawn attention to the University, is award winning, and is the largest International Service Learning Program currently in operation in the United States, and most likely, the world. 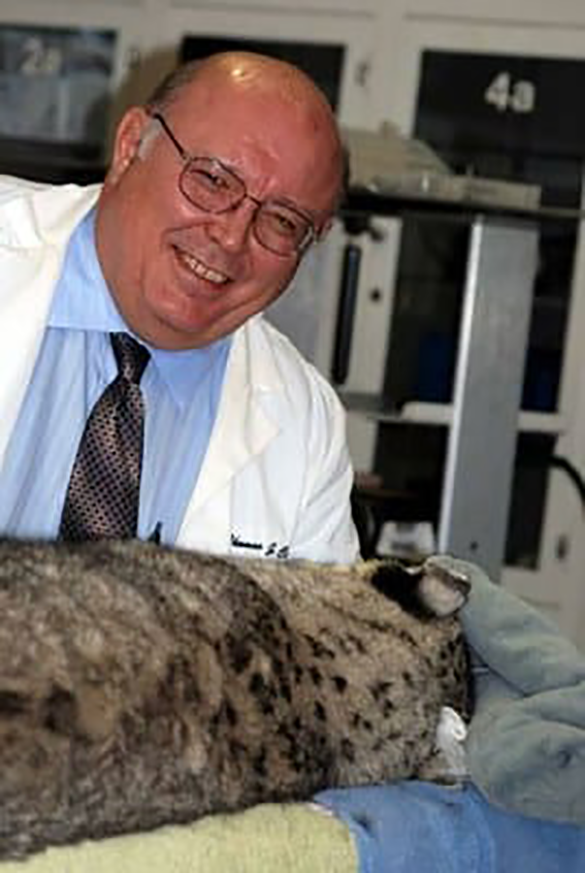 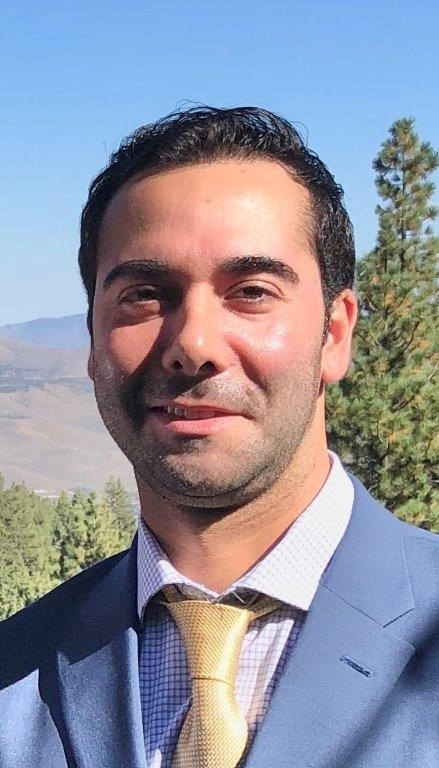 A native of Huntington W. V., Dr. Porres has a Bachelor of Arts Degree in psychology from Marshall University and a Doctorate of Dental Surgery from West Virginia University. He further enhanced his career by completing a two-year General Practice Residency at the University of Louisville, where he met Dr. Wenninger.

Dr. Porres is actively attending continuing education courses and seminars involving all aspects of dentistry to satisfy his passion for dentistry.

Dr. Porres has spent the last four years practicing dentistry in Los Angeles, California, where he also did part of his undergraduate studies at the University of Southern California. Having recently moved from Santa Monica to Louisville, Dr. Porres is happy to be back in the community.

In his spare time Dr. Porres enjoys playing tennis, running, traveling, dining out and spending time with his family.

His passion is to help patients achieve their best oral health to maintain a beautiful smile. Creating and restoring beautiful smiles, whether it be a cleaning or a full-mouth reconstruction, is particularly rewarding. To make patients happy is his true satisfaction.

A prosthodontist is a recognized expert when teeth need to be replaced. This can range from a single tooth to all teeth, with special consideration to gum health and the integrity of the jaw. 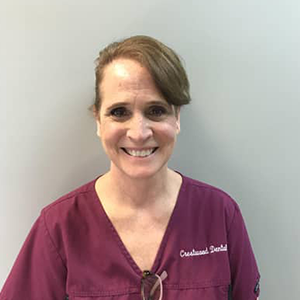 Tish
Tish graduated from University of Louisville School of Dental Hygiene in 2003. She has been a part of the Crestwood Dental Group Team for 14 years. In her free time she loves spending time with her friends and family and especially adores being a Grandma. She treasures vacations to her happy place the beach.

Joanna
Joanna received her dental hygiene degree from University of Louisville School of Dental Hygiene in 2000. She has been a part of the Crestwood Dental Group Team since 2007. Originally, from New York, she pursued her dream of becoming a professional ballet dancer in Atlanta, GA. She moved to Louisville in 1996 to attend the University of Louisville and embark on her new career. She and her husband have raised their two beautiful daughters right here in Crestwood, KY, In her free time she enjoys traveling with her family, camping, hiking and boating 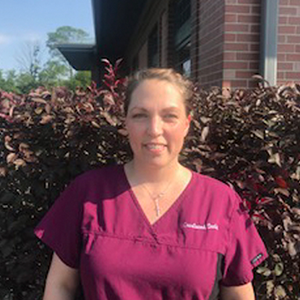 Nicole
Nicole, a Canada native, has lived in Crestwood for 17 years. In 2011, she started as an extern at Crestwood Dental Group, and because she is so amazing she was hired as a full time EDDA. She enjoys spending time with her son and daughter, reading, hiking and outdoor activities. 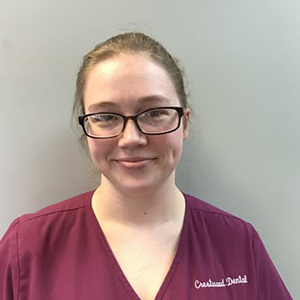 Caitlyn
Caitlyn was born and raised in LaGrange, KY. In 2016 Caitlyn attended ATA College in Louisville, KY for dental assisting and completed her externship at Crestwood Dental Group. Due to her success as an extern she was hired as a full time dental assistant. In Caitlyn’s free time she enjoys reading and eating. “Donuts are life” 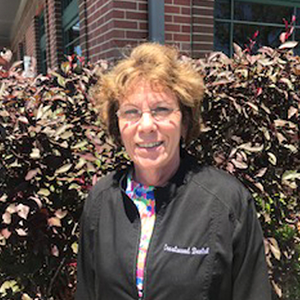 Terri
In 2012, she joined Crestwood Dental Group. Terri is one of the first people you meet as you enter our office. Her father’s commitment to the US Army, and also a Vietnam Veteran, inspired her to follow her dreams of joining the United States Air Force as a nurse. Terri, a retired 20 year Air Force nurse, was born in Louisville, and had the opportunity to travel much of the United States and during her teenage years she lived in Germany. Her travels landed her in Wise, ND where she met James Wenninger. She loves greeting and getting to know our patients and loves being a part of the Crestwood community. 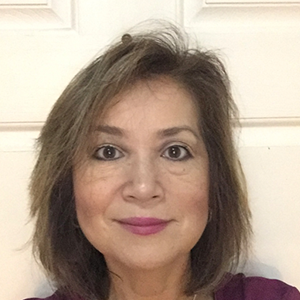 Angie
Angie received her dental hygiene degree from University of Louisville 1995. She enjoys her career helping patients achieve healthy mouth and body. In her spare time she enjoys her children, music, art, and traveling. Madison was born and raised in Washington State and moved to Indiana in 2013. She graduated from ATA college November 2019 and we were fortunate enough to have her complete her externship here at Crestwood Dental Group. She is now one of our valued dental assistants . In her spare time she enjoys hiking with her dog Beau and spending time with her friends and family.